The city of Harlem is nothing like what it was decades ago. Before the Dutch colonized Manhattan in the 1600s, Harlem was occupied by the nomadic tribes of Native Americans. In the 1600s, the city was basically farmland where sheep roamed the pasture and crops flourished. Over the last four centuries, the city has witnessed several transitions.

Today, it is treasured as the heritage of the Harlem Renaissance in the 1920s and the Civil Rights movements of the 1960s. World-renowned heritage sites like Apollo Theater and the National Jazz Museum among others are some of the locations you must visit. The center of Black heritage and culture offers a lot of activities for travelers. You can listen to traditional gospel music, explore theaters, or have a traditional meal.

The industrialization in the late 1800s and early 1900s led to the urbanization of Manhattan. To evade segregation due to the Jim Crow laws in the south, millions of African Americans fled north in pursuit of jobs. Many of them landed in New York City and as a result, the Black population in Harlem shot up. In 1910, the Black population was only at 10%, but after only two decades, i.e., by the end of 1930, Harlem consisted of 70% Black people.

The Harlem Renaissance includes art, poetry, literature, theater, and music that originated from the African American communities of upper Manhattan between the 1910s and the 1930s. Notable personalities like Louis Armstrong, Langston Hughes, and Duke Ellington made invaluable contributions that allowed Black voices to be heard.

Being a location of the renaissance, people from all over the world come to visit to get indulged in reminiscence. Apart from the good food, there are several legendary spots for you to explore on a Harlem Renaissance Tour. Note that Harlem is pretty big and consists of about 50 blocks of west Manhattan. Below are some of the most sought out high-profile sites you must explore if you ever come to Harlem.

The Apollo Theater is so popular that even people not residing in the same continent have heard of it. How can it be that only a mere theater is so popular? It was built in 1914 and originally named Hurtig & Seamon’s New Burlesque Theater. Two decades later, in 1934, the renamed Apollo Theater hosted thousands of musicians, comedians, and other entertainers. Thereby, globally popularizing the African American culture and arts.

Almost all notable musicians have performed at least once in the Apollo Theater. Early jazz legends like Ella Fitzgerald and Billie Holiday were synonymous with the arena. The later generation of musicians including B.B. King, Marvin Gaye, Sam Cooke, and Aretha Franklin – all made their marks which have led it to be tagged as a heritage site. Apart from musicians, contemporary comedic voices like Steve Harvey and Sinbad have also performed. To make it short, all notable artists have performed and continue to perform in this legendary venue.

Located in St. Nicholas Park, the Hamilton Grange or the Hamilton Grange National Memorial is like a summer home of America’s one of the prominent founding fathers, Alexander Hamilton. The house hosts some original features and artifacts related to Alexander Hamilton’s life. Your Harlem Renaissance Tour is incomplete if you don’t visit the home of the U.S. founding father.

The National Jazz Museum in Harlem was created with the intention to preserve the history of jazz music. The two prominent jazz musicians, Loren Schoenberg and Christian McBride are artistic directors that administer the museum. The museum pays homage to some of the most influential figures of the genre like Duke Ellington, Charlie Parker, and Thelonious Monk who started out in Harlem.

Named after the eminent political activist and Black leader Marcus Garvey, the Marcus Garvey Park has lots of things to explore. You’ll be able to see the watchtower that was built in 1856 here. The park has basketball courts, playgrounds, a recreation center, a concert band shell, and a pool.

The Red Rooster Harlem offers fancy delicacies that are related to the history and culinary traditions of Harlem. Enter the restaurant to try some authentic ribs or shrimp and grits with a side of crumbly cornbread.

How Can You Avail The Best Fixed Deposit Interest Rate?

January 10, 2022January 10, 2022
Growing your hard-earned money for your future is challenging, especially when new to the financial world. There are also many investment options available. Still, you 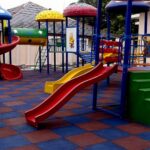 How Custom Rigid Boxes Are Best For Different Products Packing

The Best Gloves For Auto Mechanics: The Ultimate Guide To Protecting Your Hands

You can find out more about which cookies we are using or switch them off in settings.

This website uses cookies so that we can provide you with the best user experience possible. Cookie information is stored in your browser and performs functions such as recognising you when you return to our website and helping our team to understand which sections of the website you find most interesting and useful.

Strictly Necessary Cookie should be enabled at all times so that we can save your preferences for cookie settings.

If you disable this cookie, we will not be able to save your preferences. This means that every time you visit this website you will need to enable or disable cookies again.